Blessing of the Dogs: Kukur Tihar 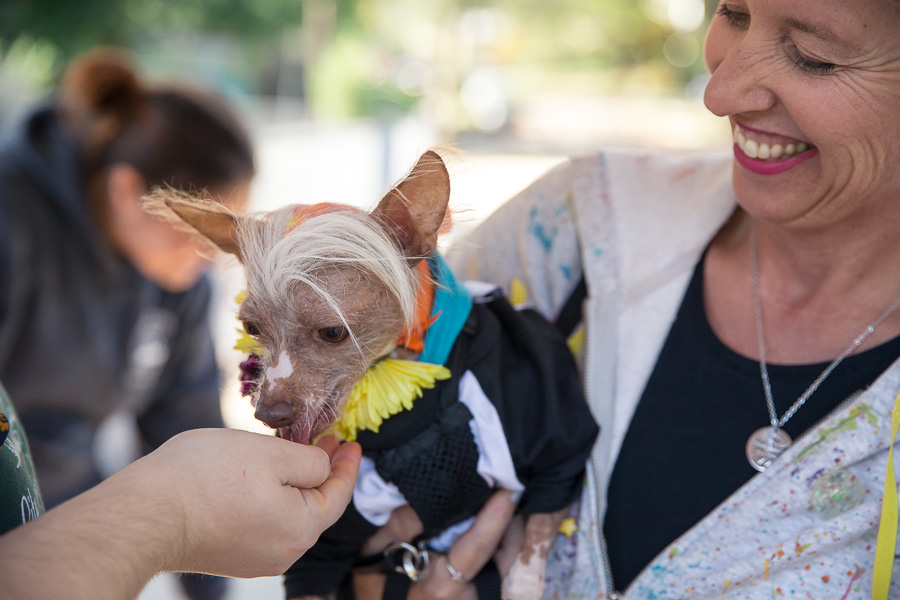 Today is Kukur Tihar in Nepal, a Hindu celebration of dogs.

It’s a good day to be a dog in Nepal.

Today is the second day of the five-day Nepalese Hindu festival of Tihar (also known as Diwali in India), and this day is all about the dogs.

Other animals and deities are celebrated throughout the festival, including crows, cows and oxen, but in Nepal specifically, the second day is always dedicated to the important relationship between humans and dogs.

To celebrate, the dogs are blessed, decorated and given delicious treats. Even the homeless dogs of Nepal are honored. That’s because dogs play an important role in Hindu culture, not only as companions but also as mythological figures. The God of Death is believed to have two guard dogs who watch over the gates of the Hindu equivalent of hell. By honoring all dogs—pets and strays—Hindus earn favor from the mythological guard dogs, and thereby keep death itself at bay.

Nepalese also greatly appreciate the companionship of dogs, and part of the Kukur Tihar celebration is acknowledging the importance of the dog-human relationship throughout history.

Not surprisingly, this idea of honoring our relationships with dogs is spreading. Recently, Kukur Tihar has spread to Mexico, and Grand Rapids has celebrated its own version for several years.

On Sunday I stopped by our local Day of the Dogs event to see what it’s all about. 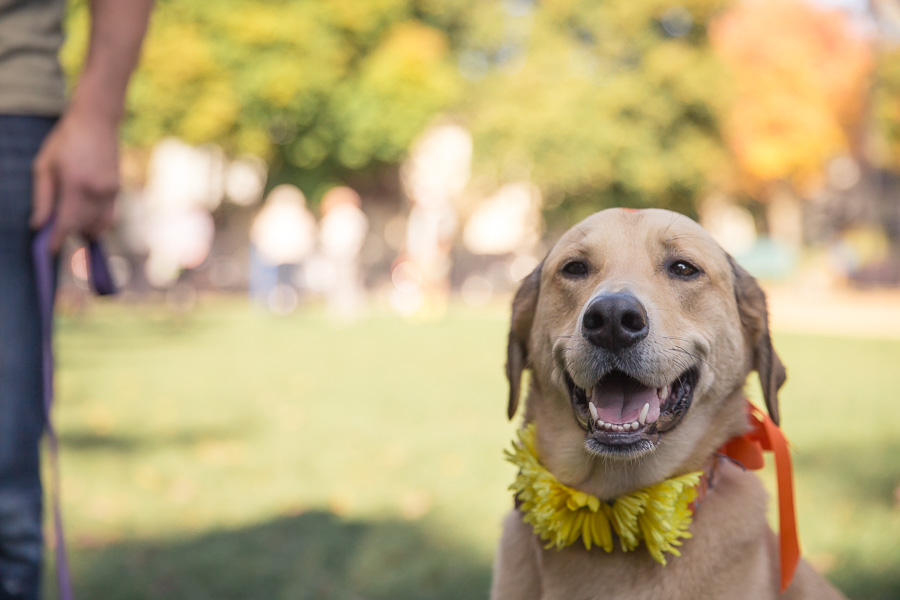 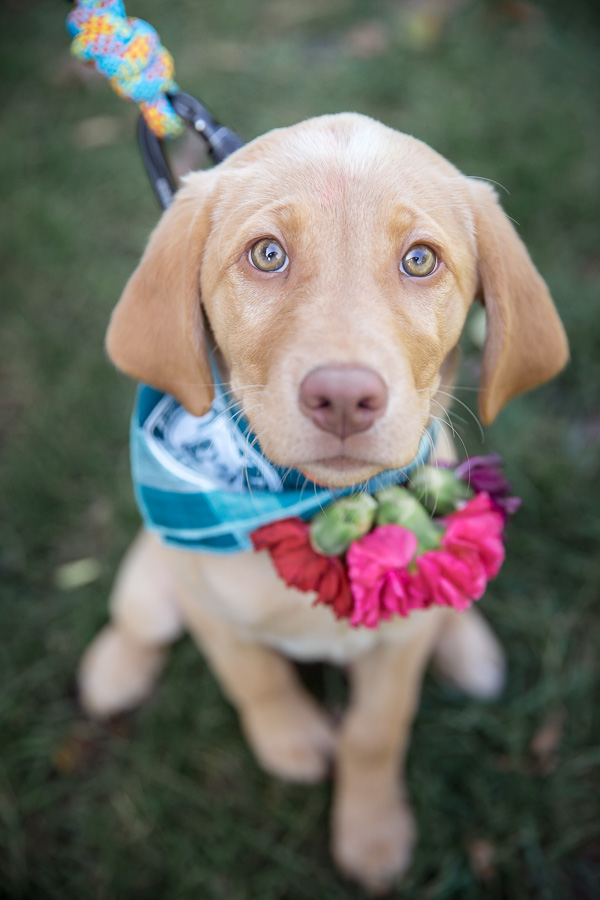 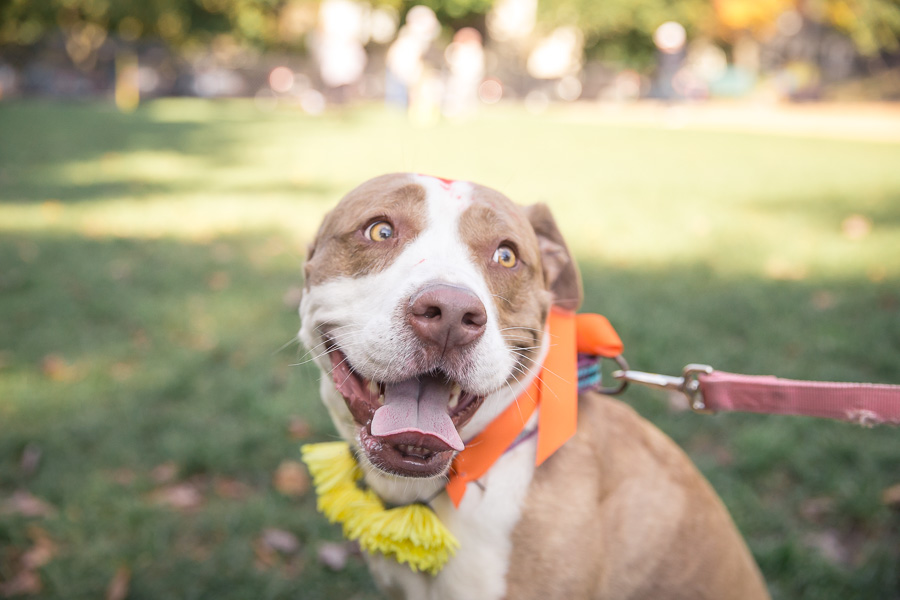 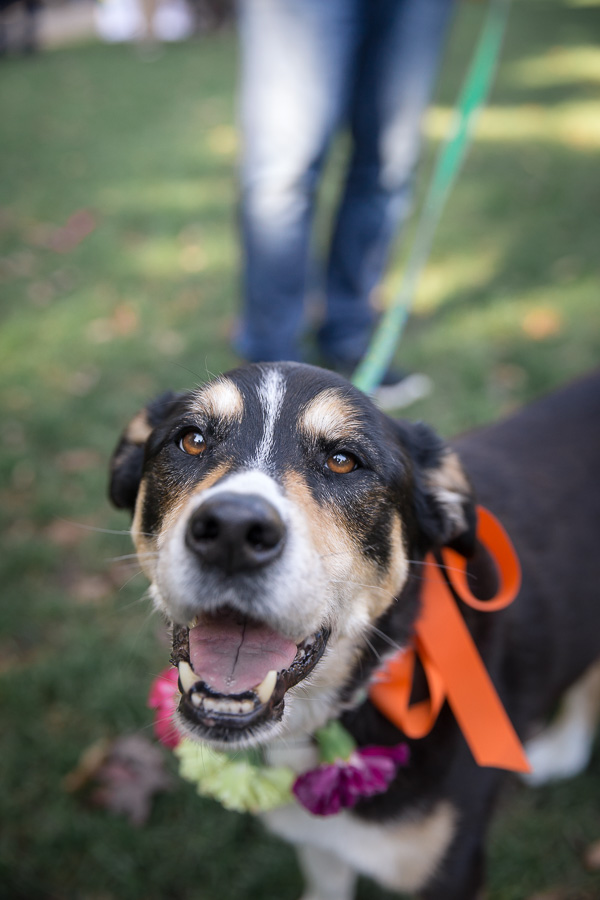 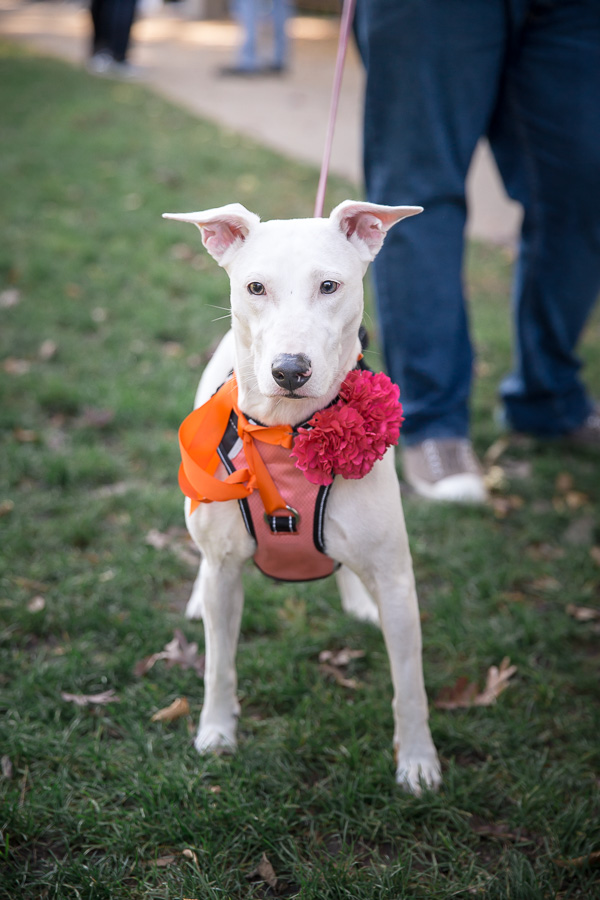 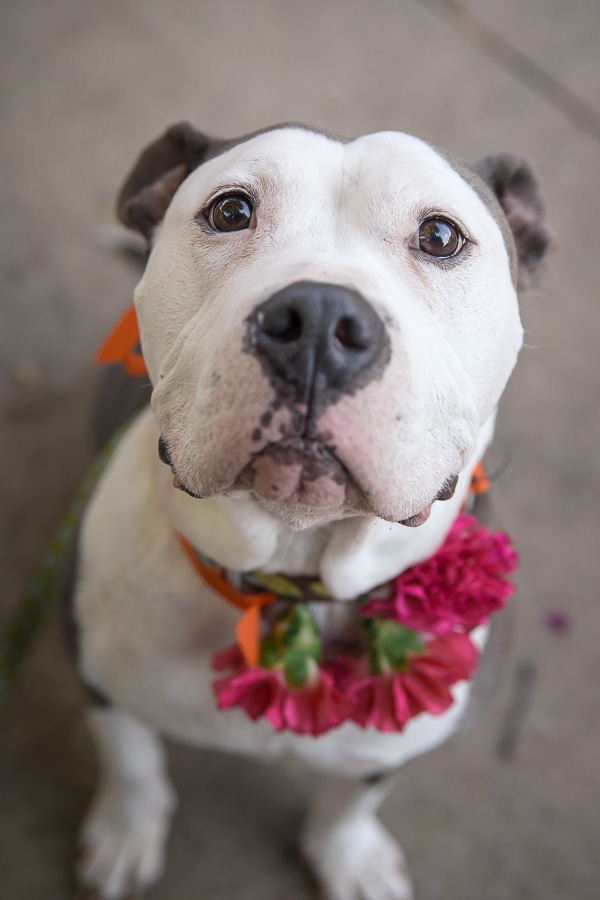 How to Celebrate Day of the Dog

Tika is the colorful powder that is applied to the dog’s forehead. It acts as both a blessing to the dog and to those who encounter the dog. Tika is made of colored power, rice and yogurt, and it is meant to be applied in a single stroke from the eyes to the forehead. Or, because dogs are dogs, as close as you can get. 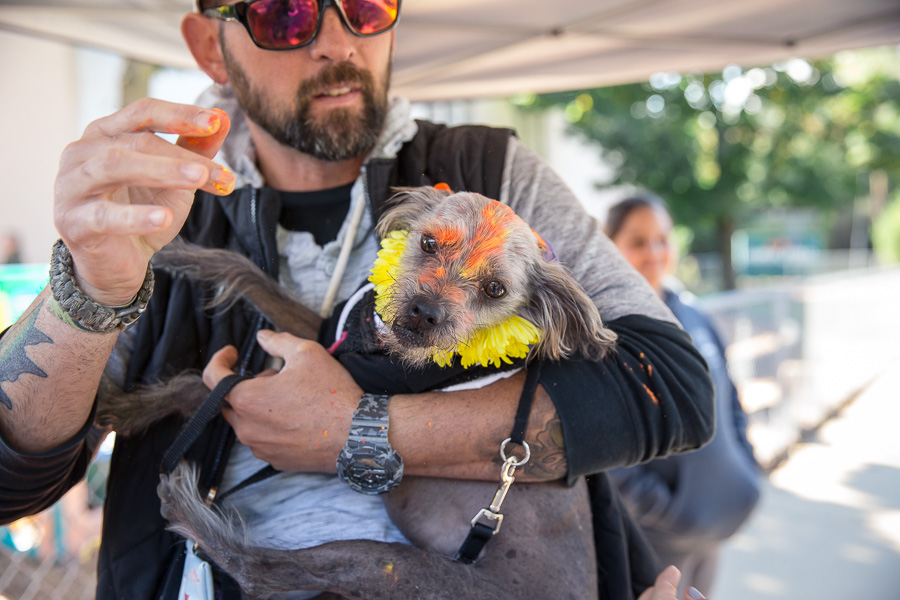 The malla is the garland of fresh flowers that is placed around each dog’s neck. The malla is a symbol of respect and dignity. 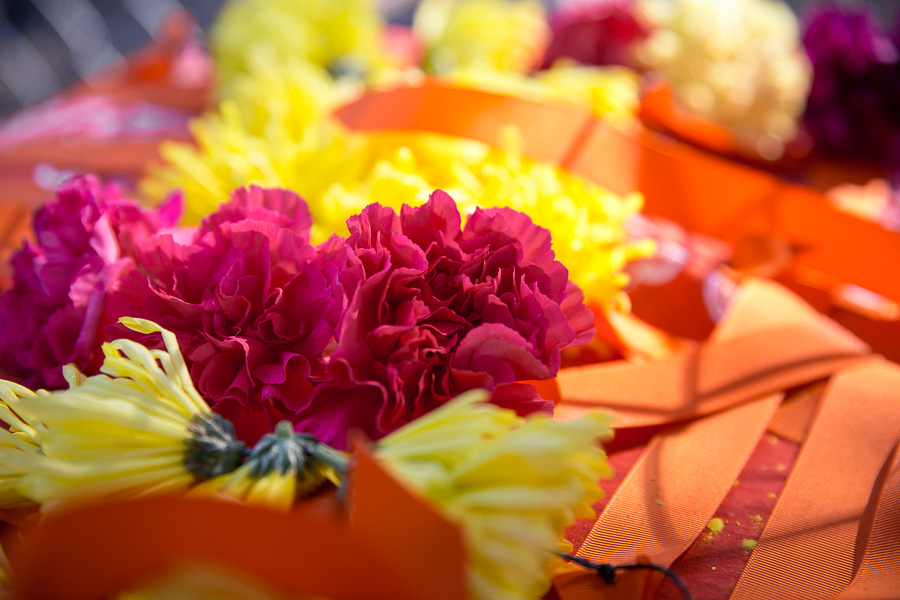 I would imagine that dogs endure the tika and malla to get to the real fun, which is all the delicious and healthy food they get to eat! In Nepal, plates of food are set out for the strays, and pet dogs get to enjoy higher quality meals than they typically receive.

Thank you to A Pleasant Dog, Nature of the Dog, Shaggy Pines Dog Park and Samantha Searl Realtor for bringing a little taste of Kukur Tihar to West Michigan. Participants were asked to bring donations for Pound Buddies and Pleasant Hearts Food Pantry, which is another great way to give back to all that dogs do for us. 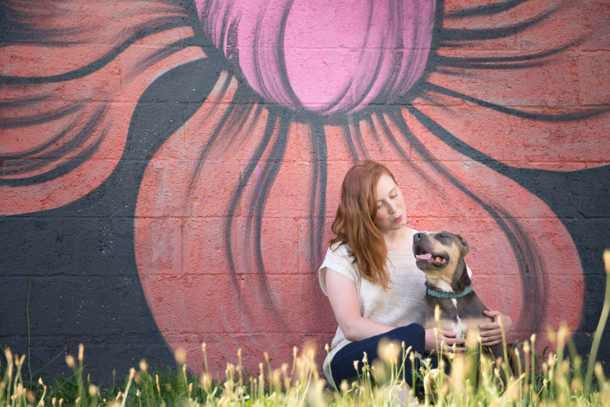